It's 1:37 in the morning and I just got done watching the stream of the Curiosity landing.  I don't have anything profound to say except that human ingenuity never ceases to amaze me.  A rover the size of a car has just flown 350 million miles through space and landed safely on the surface of freakin' Mars.  Phil Plait just tweeted that "humans are awesome when we reach" and nothing could be more true.  Bravo, NASA, bravo.

Perhaps more than any other branch of science, astronomy is the most humbling and awe-inspiring.  There's so much to learn out there, so much to reach for, and planetary landings capture the imagination like nothing else.  Hopefully the Curiosity can spark the public's interest in space exploration again and light a fire under both the government and private enterprise to get some more technology out there.  After all, there's sill so much more to know. 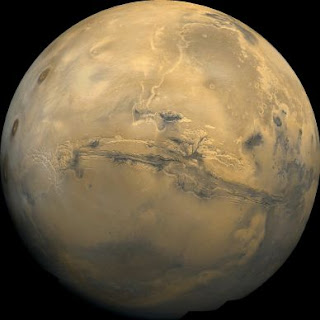 So, um, maybe let's start working on getting some boots on the ground up there, am I right?

Posted by Skippy the Skeptic at 1:50 AM