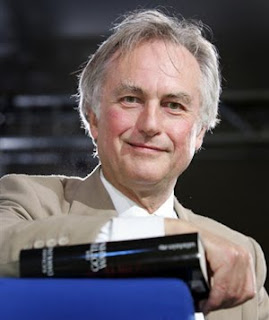 The title pretty much says it all. Richard Dawkins, the well-respected biologist and author of scads of books discussing evolutionary theory -not that he needs any introduction to anyone reading this blog- turned 69 today. Although Dawkins is considered by many to be the de facto leader of the "New Atheists" because of his outspoken questioning of the existence of god, he's also known the world over as an ambassador of science whose popular books about evolution, including the recent opus The Greatest Show on Earth, have awed readers for decades by discussing the beauty and wonder of the natural world.1

What else is there to say? Happy birthday, Richard!

_____
1.) For my money, The Greatest Show on Earth is probably the most entertaining and, frankly, moving popular science book out there, with the possible exception of Sagan's Pale Blue Dot.
Posted by Skippy the Skeptic at 1:11 PM