I was at the bookstore the other day buying Conan the Barbarian comic books checking to see if the new issue of Foreign Affairs had come out yet when I encountered something so vapid that my brain actually leapt out of my skull and fled for its very life. You see, although Sylvia Browne, pseudo-psychic extraordinaire and nemesis of all things rational, very publicly "retired" a few year back, she's apparently still coughing up a book every now and then. Her latest book, entitled Afterlives of the Rich and Famous may well be the most ridiculous tome she's ever written - and if you've ever read Sylvia Browne's work then you know that's no mean feat.

So what's this book about? Well, the title's pretty self-explanatory. It's around 400 pages of Sylvia's imaginary friend spirit guide "Francine" prattling on about the "current lives" of dead celebrities. Some of them have been reincarnated, others are still hanging out in "Home", Browne's term for heaven. No worries, though, because everyone's super-happy! John Candy's hanging out with his dad and a "large crowd of animals", Katherine Hepburn is curing epilepsy(?!), and JFK, Jr. is...working to find the cause of birth defects... 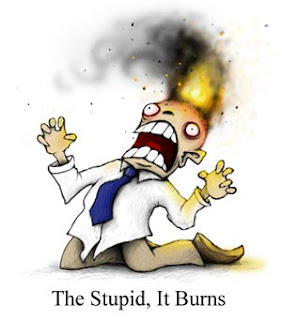 It's not hard to imagine the brainstorming session from which this book almost certainly emerged. Considering America's love affair with celebrities and unslakable thirst for feel-good, glurge nonsense, what could be a better recipe for success than a book about the productive, happy afterlives of dead celebrities?1 Furthermore, let's pretend that all these dead celebrities are diligently working to make a difference in the world by busily working on cures for popular diseases! It's the most feel-good book ever! And, not coincidentally, what could be more impossible to disprove? It's practically a perfect storm of stupidity!

Browne's well known for her semi-unique blending of mysticism, pop-psychobabble, new age (rhymes with "sewage"), and Christianity into an incomprehensible-but-saccharine-sweet cosmology, and she propounds on it at length in this volume.2 Heaven (Home...whatever) is basically like the hub-world in a video game. Basically, in Browne's universe after you die you knock around the afterlife for a while completing the occasional sidequest (hence all the references to celebrity ghosts curing disease) before eventually creating a new character and respawning. Heck, you even get select your difficulty level: even if you've got a terrible life, rest assured that you actually handpicked all of your hardships ahead of time in heaven to better test yourself.3 It is, bluntly, everything someone insecure enough to shell out $25.95 apiece for psychic self-help books would want to hear.

As with all of Sylvia's books, this one's not easy to read if you haven't already rotted out most of your brain with psychic drivel, but there's obviously (and sadly) a market for it. Still, you owe it to yourself to head down to your local library and check out Afterlives of the Rich and Famous. I'm serious, go borrow this book from the library. Sure, if you read too much of it at once you'll feel like an armada of tiny crabs are pinching your brain, but at least you'll know that I haven't been exaggerating in this post.4 And, as a bonus to society as a whole, any copy of this book sitting on a skeptic's coffee table is a safely out of the reach of anyone impressionable.


______
1.) A "glurge", by the way, is defined by the Urban Dictionary as something "overly sappy, corny, or kitchy used to incite an emotional reaction". I especially like it because it also sounds like an onomatopoeia for vomiting.

2.) As an aside, Browne is fond of calling herself a "Gnostic Christian" (See, for example her 2003 book Visits from the Afterlife), but constantly prattles on about a worldview that is anything but representative of Gnostic Christianity. While Gnostic cults were somewhat diverse, Gnostic Christians generally believed that the material world was the horribly flawed creation and that the greatest goal of existence was to cast off the physical world and return to the realm of the spirit, though not all human beings about possessed the spark of the divine that would allow them to do so. (See Erhman, Bart D. (2003). Lost Christianities: The Battles for Scripture and the Faiths We Never Knew, pp 114-119) That certainly doesn't jibe with Browne's endless goings-on about the dead looking forward to reincarnation, does it?

3.) Doesn't that imply that if you've got a horrible, degenerative disease, are unlucky enough to be born in a Third World Country, or get murdered, you literally asked for it...? Grim.

4.) If anything I'm understating the magnitude of the stupidity to control the length of this post. Oftentimes Browne will just casually toss out some tidbit that, upon, closer inspection, is actually a concentrated pellet of crazy so dense it has the mass of a trillion suns and can't be adequately dissected without writing fourteen pages. Honestly, this short little blog post has taken two hours to write because I kept finding new bits of flimflam to digress about and had to repeatedly force myself to go back and remove paragraph-long non sequiturs.
Posted by Skippy the Skeptic at 8:31 PM

This sound like a good book to read while stoned out of your freakin' brain, maaan. ;)

Like all the other newage drivel(better spelling, don't you think? Now people will read it and sound out something similar to "sewage").