October is a pretty busy time for me what with all the...wait, what was that? I thought I heard some rustling over there in the bushes...there it is again! Hand me the flashlight and we'll find out what it is. Probably just the wind, or some kind of animal, or... 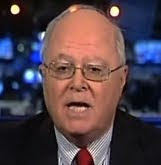 YIKES!!!
It's Bill Donohue, hiding in the shrubs and laying in wait so he can jump out and be offended.

Okay, so that was a (bad) attempt at humor, but I'm hardly exaggerating. Bill Donohue and his friends at the Angry Pansy Patrol Catholic League are hopping mad again, this time about something they saw on The Simpsons. Check out their press release. See, one of the stories on this year's "Treehouse of Horror" episode involved Bart being the only hope for humanity after a zombie plague, but only if people ate him to gain his immunity ffrom the zombie virus. So what? Well, it also included the line "What kind of civilized people eat the body and blood of their savior?” According to Billy, pointing out the grisly absurdity of Christianity's obsession with cannibalism/vampirism is "crossing the line" because it's "mocking the heart" of his religion.

All in all the "incident" has provoked a pretty stock response from Bill. Ranting and raving, followed by the e-mail address of some guy at FOX for the faithful to harass. (Though I note that Bill's e-mail address is nowhere to be found on the Catholic League site. Hmm...)

There's one thing I've never understood though. Bill claims to have a personal relationship with the Omnipotent Ruler of the Universe, but somehow feels that this same all-powerful being needs a bunch of letter-writing ninnies to leap to its defense whenever a cartoon makes an off-color crack. Still, I suppose an angry e-mail campaign in preferable to going Old Testament on the rest of us.
Posted by Skippy the Skeptic at 8:17 PM

Billy really needs a hobby. Maybe he and Ray Comfort can hook up and spend the next few years debating over which flavor of Christianity is the One True Faith.

Ray and Bill actually got into a bit of a pissing match a while back over the Catholic Church's endorsement of theistic evolution (as opposed to Ray's vague brand of creationism). I was hoping they'd somehow destroy each other, but it all came to nothing.