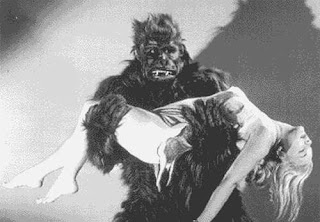 As many of you may know, but I was somehow completely unaware, planning a wedding is actually kind of involved.  Have you ever seen people get engaged on TV?  You know: The guys pulls out a ring, the woman says "yes", and then there's a magical transition and suddenly they've just said "I do" and everything is all rice-tossing and a car trailing tin cans and ribbons cruising in to the sunset.  Cheesy easy.

It turns out, sadly, that this is not actually the case.  In reality, you have to go out and do things, call people, plan stuff, and spend money (so, so much money...), all the while accompanied by a happy-furious woman who has been planning her wedding since she was twelve and who isn't about to let her husband-to-be get in the way of her special day.

Luckily for me, the Fiancee has largely been willing to take on most of the heavy lifting such as assembling the guest list, conjuring up decorations, and making all of the invitations and RSVPs by hand, but the blog has been pretty far down on my list of priorities lately.  The day will come when the movie reviews start back up again (I've got The Crater Lake Monster in the chamber), but I'm not quite sure when that will be.  Trust me, I'm looking forward to being even slightly productive again - I'm ashamed to admit that most of my internet time lately has been spent on MemeBase - but right now the wedding is close enough that I'm perpetually a giddy combination of excited and terrified. That is to say, I'm not in the best shape to write anything that's even close to funny and/or coherent.1

Well, that's all from me for the time being.  Wish me luck.  Hopefully things will settle down after the wedding and I'll be back on a regular schedule in a few weeks.

_____________
1.) My "psychic" prediction for the day is that at least on of you just thought to yourself that I never write anything funny or coherent.

Posted by Skippy the Skeptic at 2:30 AM