What's the Hubbub About Halloween?

It would seem that October is once again upon us, and with it comes horror movies (yay!), candy (whoo!), tasteful costumes (or not), and...weird religious people who are up in arms about Halloween. Similar, albeit rather less widespread, to the bellyaching about the secularization of Christmas, anti-Halloween sentiment rears its ugly head every fall, usually gets covered in one or two news stories, and then gets forgotten until October rolls around again the next year. I suspect this sort of thing is a little bigger around here in the South, where we've got no small number of homegrown churches with supernatural fixations who are convinced that Halloween is a soul-devouring trap straight from the freakin' Devil.1 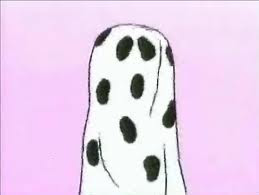 Charlie Brown is coming for your soul.

Honestly I don't have much of an argument to make if someone finds something distasteful. After all, personal choice is awesome. Don't like Halloween? Doesn't matter to me. Hate watching horror movies? Don't watch any. Think Satan's going to eat your kids if they dress up like Frankenstein and go 'round panhandling for Snickers bars? Don't let'em do it. It's no skin off my nose if you don't want to celebrate an awesome holiday, nor is it my place (or desire) to try and strong-arm you into it just because I think it's cool. 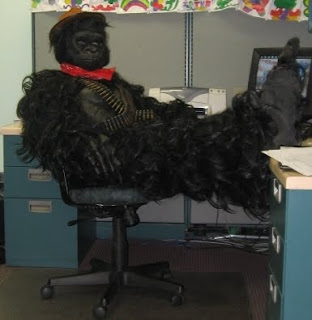 All the more candy for me, I say.
That said, I'm always tickled when I read the articles posted on religious websites that talk about Halloween as if it's some big occult conspiracy. Check out this quote from an article on DemonBuster.com2:

You can call a duck a horse, cow, cat, etc., but it is still a duck. You can call what you do a "fall festival", "alleluia party", etc., but you are still observing halloween, even if you dress up as bible characters. Halloween is the highest satanic holy day of the year.

Right, so the lesson here is that no matter what you do, no matter what you dress up as or how you choose to party, if you do anything on Halloween, you're worshiping the Devil. To be fair, I don't think the folks at DemonBuster are exactly mainline. What about the folks at CBN? They're a huge Christian organization, and while they're undeniably culturally conservative, they probably represent a much larger segment of the Christian crowd that the DemonBuster guys. Here's what CBN writer Elliott Watson has to say:

There is no question in my mind that to those who believe and follow the practices of witchcraft, Halloween represents an opportunity to embrace the evil, devilish, dark side of the spiritual world...
....There is no lasting benefit to ignore a holiday that exists around us, but it also does harm to celebrate Halloween as it has originated and grown over the centuries.

In all fairness, I should mention that Watson notes that only the true weirdos derive some kind of creepy evil meaning from Halloween. He also goes on to say that concerned Christians ought to think about creating "positive" alternatives to the objectionable bits of Halloween while still letting their kids have fun. Nowhere does he advocate publicly complaining about it. All in all, it's a pretty reasonable position.

The folks over at Christian Answers, another prominent religious website3, are less sanguine about the subject. Have a look:

...we need to teach our children that "the fight isn't against occultists , non-Christians, Christians who feel differently than we about Halloween, or institutions that promote Halloween, but" "against principalities, against powers, against the rulers of the darkness of this age, against spiritual hosts of wickedness in the heavenly places".

That's right, we're back to the demons again. It's a strange day when I'm pining for the nuance and rationality of the CBN.

To sum up, the main argument from the hardcore anti-Halloween crowd is that, because (they claim) the holiday has evil origins, any celebration that day that bears any resemblance whatsoever to Halloween is actually evil. The takeaway is that if you're planning to put on a rubber mask and go knocking on doors for popcorn balls, you may as well just skip the middleman and go out to the woods to sacrifice some goats to the Devil. It's an odd thing to think that when you're watching John Carpenter movies and passing out fun-size Twix on October 31st, you're actually delivering a fresh load of writhing, tender souls into the flame-blackened talons of Satan himself. It seems so innocent at the time...

But wait a minute...isn't all this just the opposite of the argument that gets made about Christmas every year? At Christmas time, the line of reasoning is that even if you think you're celebrating Christmas, you might actually not be celebrating Christmas if you're doing it wrong.4 How can that be? How does Halloween have some intrinsic, timeless, inescapable meaning that will inexorably turn you into a baby-eating cultist even if all you really wanted to do was go to a party dressed as Cobra Commander, but Christmas becomes completely debased and meaningless if an L.L. Bean ad calls December "the holiday season"? Am I the only one perplexed by this?

Both the anti-Halloween grumbling in October and the much louder "reason for the season" ranting in December are all about certain religious groups defining themselves by identifying (or creating) an enemy to fight. In October, they're fighting the forces of darkness by not trick-or-treating. In December, they're fighting the forces of darkness by...er...complaining about GAP ads...? Whatever the case, they're using a supposedly hostile out-group (the willing dupes of Satan at Halloween and the jack-booted foot soldiers of secularism at Christmas) to strengthen their own in-group ties. This isn't some unique foil of the religious; all social groups do this kind of thing, but I suppose I'm just struck by the seemingly contradictory assumptions of the anti-Halloween, pro-Christmas crowd.

Maybe...just maybe...holidays are socially constructed and have no meaning apart from that which we, the participants, assign them. I don't doubt for a second that there actually are kooks out there who worship the Devil (or Odin, or Cthulhu, or whoever...) on Halloween. Hell, I'm pretty sure I went to high school with some of them. That said, no one is somehow paying homage to the non-existent Devil by going trick-or-treating, so on October 31st throw on a costume and go get yourself some candy.

_____
1.) There are tons of Southern Baptist and Pentecostal churches here in Kentucky, as well as lots of local offshoots and do-it-yourself religious groups, some of which (to put it kindly) think of demons in very literal rather that metaphorical terms.

3.) Christian Answers is also the source of all the hilarious Christian Spotlight on the Movies reviews that I occasionally comment on, such as one complaining about G.I. Joe for having too many black people in it.

4.) And yet these so-called traditionalists always ignore the Krampus.
Posted by Skippy the Skeptic at 7:24 PM