After the all the Rapture nonsense back in May, I almost feel a little dirty for bringing up Harold Camping again, but he's back in the news and I've nothing better to do, so here we go. As everyone no doubt remembers, Harold Camping and his Family Radio ministry spent the first half of the year burying the entire free world under a thick wallpapering of billboards proclaiming that the end of the world would take place on the 21st of May by way of a literally earth-shattering global earthquake. Many of Camping's followers quit their jobs and sold off most of their possessions in preparations for the Rapture, the bodily transportation to heaven expected by some Christian denominations.

Needless to say, this didn't happen.

Naturally Camping admitted his error, meekly begged forgiveness from his followers, and opened up his own coffers to help support the now-destitute members of his group.

Wait, no, that didn't happen either.

You see, as a card-carrying doomsday prophet, Harold Camping has essentially signed a blood oath to never admit that he's wrong, so instead he claimed that when he said that Judgment Day would take place on May 21st via a worldwide catastrophe, he actually meant that a "spiritual" Judgment Day with no visible or measurable consequences would take place. Makes sense, right?

In any event, he pushed back the actual end of the world to today, October 21st, 2011. That's a devastating date for the apocalypse if you're a gamer, since it means that we'd be denied the release of Battlefield 3 by four measly days, but thus far the planet doesn't seem to have exploded, nor has Jesus rung my doorbell and kicked me in the crotch when I answered. 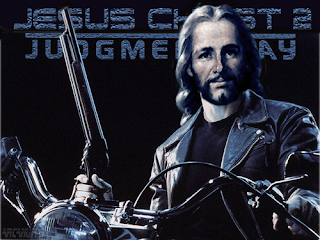 In any event, I'll be curious to hear what Camping has to say when we all wake up in the morning. I suspect that there'll be more talk of "spiritual judgment" and undetectable Armageddon. Maybe he'll at least have the courtesy to push the inevitable next date for the Rapture back to December 21st, 2012 so that we can kill two nonsense birds with one stone that day
Posted by Skippy the Skeptic at 5:36 PM

I've long suspected the 90 year old fraudster never expected to live this long and thus anticipated he would be dead long before he had to face the fictitious nature of his predictions.

Right now I expect he's thinking "Crap! I should be DEAD by now! I have to think of MORE BS. I wish I'd picked 2014 or something like that."

Unsurprisingly, his Family Radio site hasn't updated today. It's worth noting that the sister site, WeCanKnow.com (whose website icon is a calendar page showing Oct. 21) is now carrying the following disclaimer:

"Please note that many of the works presented on this website have been written over a period of years, and while a large portion of these studies are Biblically accurate, there are some details that were not correctly understood at the time of publication."

In other words, they're making it up as they go along.