No Apologies for Apologetics - A Brief Look at Laughable Logic

Answers in Genesis is always good for a laugh. I was digging around over there this evening and happened upon this little gem, meant be a sweeping defense of the Bible against us evil atheists who might say that it contains contradictions. Much of it is just the usual apologetics and foot shuffling, such as claiming that a skeptic's idea of a biblical contradiction is “The Bible can’t be trusted because it contains accounts of miracles, and miracles are clearly impossible.” (That's directly quoted from the article.) Fair enough - an argument like that is meaningless. Of course, you don't actually see that argument from skeptics that have made it out of elementary school.

The author further goes on to explain that some contradictions are simply matters of skeptics trying to apply "sweeping generalizations" when such an application is not intended. To use the author's own example, when a skeptic notes that the Bible says "thou shalt not kill" even though Yahweh and his henchmen spend much of the Bible punting people left and right, what the Bible actually means is "thou shalt not kill except in war, to punish extreme crimes, or if Yahweh gives you a note saying it's okay". It's not a contradiction, it's just that when God said not to kill, he didn't really mean it. That's an interesting position for a Christian author to take, don't you think? One of the Ten Commandments can be qualified at will to justify any action taken on behalf of God and we can't oppose that logic lest we be guilty of applying sweeping generalizations. And to think atheists are accused of moral relativism.

The most dazzling facet of this sparkling gem of pathetic argumentation, however, comes under the heading of "The Law of Non-Contradiction - A Problem For Non-Christians". Lest you think I'm manipulating the author's words, I'm going to quote him wholesale:

The critic asserts that the Bible is false because it contains contradictions. Perhaps the most intriguing aspect of this claim is that it actually backfires on the critic. The reason is this: only if the Bible is true, would contradictions be unacceptable!...

According to the Bible, all truth is in God (Colossians 2:3; Proverbs 1:7), and God cannot deny (go against) Himself (2 Timothy 2:13). So, it makes sense that truth cannot go against itself. Since the sovereign, eternal God is constantly upholding the entire universe by His power (Hebrews 1:3), the Christian expects that no contradiction could possibly happen anywhere in the universe at any time. The universal, unchanging law of non-contradiction stems from God’s self-consistent nature. 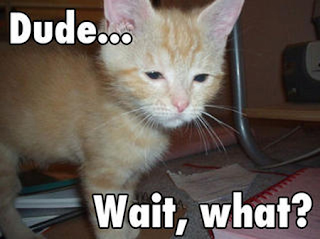 Basically our friend has put forth the claim that only by believing in an ancient Palestinian sky deity can we deduce any facts about the universe. Our friend, who only a few paragraphs before was sternly warning us against assuming our conclusions, has just told us in effect that "The Bible is true because it says that God is the force that makes the universe make sense, and because God establishes the baseline for what does or does not make sense, anything in the Bible that appears not to make sense, for example a Biblical contradiction, actually proves that it does make sense because we have been able to judge that it doesn't make sense only by applying the baseline of sense-making provided by the existence of God."

I'm not sure you could ask for a better example of assuming one's own conclusions, plus it gets extra points for trying to hide it by stretch the (non)argument out for three paragraphs. I hate to call Poe's Law on every single piece of apologetics I come across, but the last couple of sections of that article come across like a Landover Baptist spoof. Now the article we've been looking at is apparently meant to be the first in a series of AiG discussions about Biblical contradictions, so it's with a certain morbid fascination that I look forward to seeing what kinds of grotesque logical contortions our friend is ready perform in subsequent entries.
Posted by Skippy the Skeptic at 9:09 PM

The reason is this: only if the Bible is true, would contradictions be unacceptable!...

What is this guy talking about? He's just regurgitating the mindless mantra of "if it's in the Bible, it's true. Period.", with a smattering of "the problems that skeptics point out aren't really problems, they're actually evidence against the skeptics".

Let's separate this out:

(Presupposition) The Bible is true.
(Premise) All truth is God
(Premise) God cannot deny Himself
(Conclusion - tautology) Truth is Truth

(Premise) God is constantly upholding the entire universe by His Power.
(Conclusion - non-sequiter) No contradiction could possibly happen anywhere in the universe at any time.

He then falls back on a variation of the claim that since we can't possibly know everything that has ever happened and will ever happen, we can't properly judge whether a contradiction is really a contradiction, and the only way to be able to do so is to take a biblical worldview and simply accept the stipulation that there are no contradictions. In other words, you're supposed to just take the Bible at its word and not worry about those pesky inconsistencies and contradictions since they're not really there anyway.

This, like pretty much everything that appears on AIG, is just so much word salad.

It really, really disgusts me how these people can so casually bend rules like "don't kill", but are so rigid in matters like gay marriage. When murdering babies is the issue, God is loving enough to make exceptions. But when two consenting adults who love each other want to get married, God's word is clear!

A lesser known person that does stuff like this is Lenny Esposito of comereason.org. I recommend his article on slavery, if you hate yourself.

"A lesser known person that does stuff like this is Lenny Esposito of comereason.org. I recommend his article on slavery, if you hate yourself."

Man, with a pitch like that I don't know how I can resist.

Great job as usual. Thanks.

Howdy fellas!
I continue to be amazed at myself for ever having been a fundy apologist. When I come back to the stuff that made sense to me 6 months ago, my jaw drops wide and I shake my head in amazement...It is a powerful thing, this faith in god thing. It grips you to your core, and it keeps ones logic center bound up in a web of conundrums, such as-
An all powerful, all good and loving god- his world being a place where children die of cancer, men and women are raped and murdered, and starvation kills millions (and all that occurs while you are praying, in fact).
A book is the revelation of said god, flawless and perfect- a book that can't keep simple shit straight, and reads as a nightmare fairy tale full of horrors.
The apologetics, as you point out, that portray non Christians as confused dingbats that can't justify their morality in a coherent way- yet floor you in a debate on the nature of morality and point out, rightly so, that the bible is just about the worst example of a moral system ever devised.
This list, as you know can go on and on......

Garret G said...
This comment has been removed by the author.
2:23 PM