What Vestigility Is and Isn't 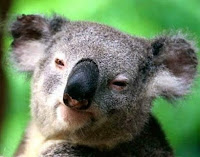 Ray Comfort recently learned something that I had learned back in Dr. Karpov's Biology 101 For Non-Majors: The appendix is a breeding ground for beneficial gut bacteria. That's pretty cool, but it has Ray mad as hell - He's miffed that scientists haven't "apologized" for figuring out what the appendix does. (Seriously, read his post.)

See, Ray doesn't exactly understand what folks mean when they refer to the appendix as "vestigial". He thinks that saying the appendix is vestigial means that it has no function whatsoever, but he's wrong. A structure being vestigial doesn't mean that it has no function! For a structure to be vestigial means that it seems to have lost "most or all of its original function". That doesn't preclude its having a new, different function. So how does the appendix measure up with regards to this definition for vestigiality?

Well, for starters, there are structures analogous to the human appendix in lots of other creatures. In primarily herbivorous animals this structure is called the cecum and is generally relatively large. It aids in the digestion of plant material. A koala, for example, has a titanic cecum that (if removed and stretched out) is actually longer than the animal itself.* On the other hand, carnivorous creatures tend to have a small cecum that has been either partially or completely replaced by an appendix.

Humans are the same way - We have a sissified little cecum with an attached appendix and these structures are no longer useful for helping us digest plants. Instead they serve as a breeding ground for gut flora. Sounds pretty vestigial to me.

*Koalas are also neat for another evolutionary reason: The "forefinger" of the koala has been modified with time to the point that it now serves as a second "thumb" in order to give the beast a firmer grip when climbing trees.
Posted by Skippy the Skeptic at 7:43 PM

Believe it or not that's been noted before.